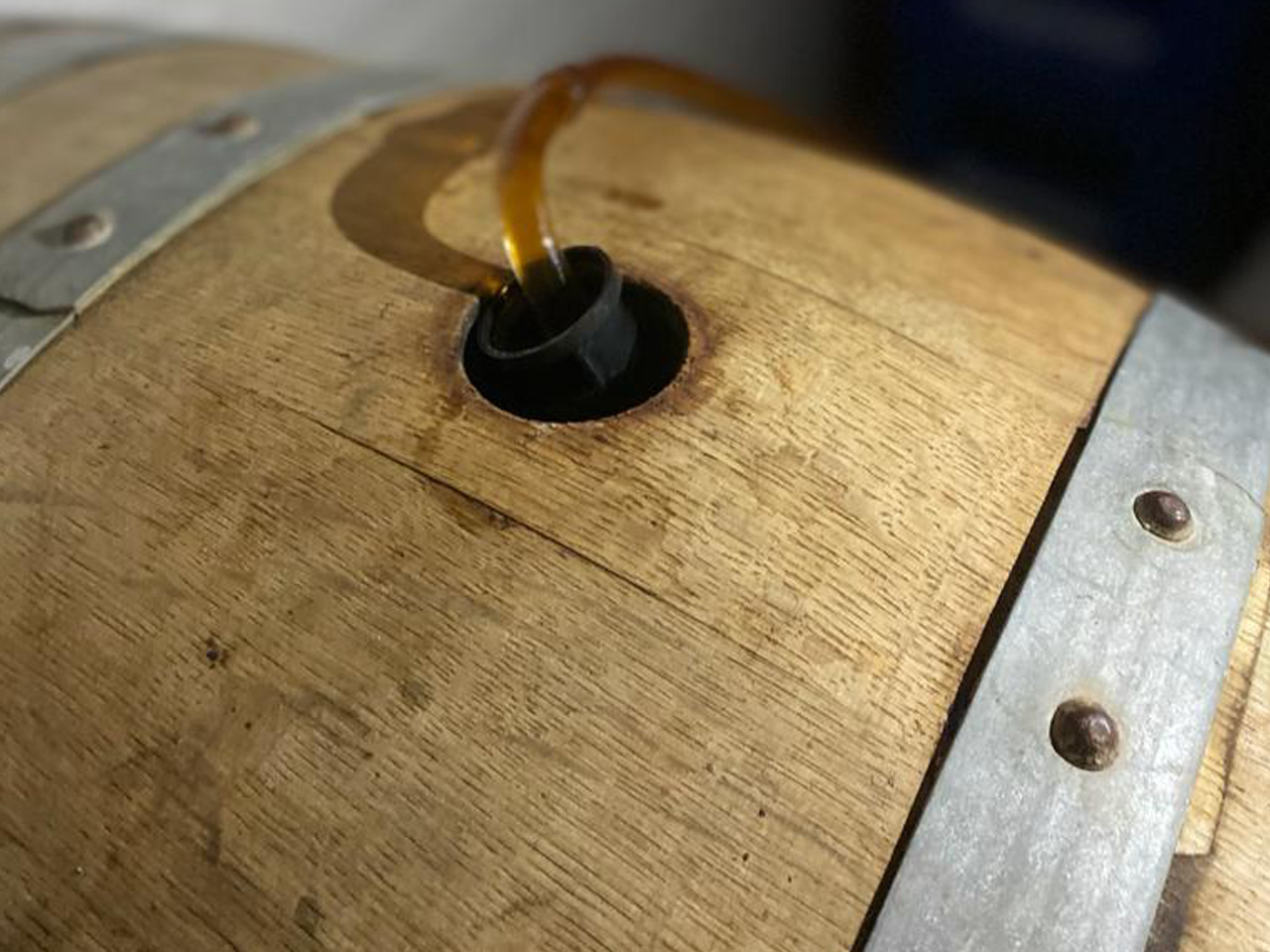 Johnny here to tell you about our upcoming collab release with the Hanging Bat in Edinburgh. First I’ll give a quick introduction about the bar and our connection, then a bit about the beer!

The Hanging Bat in Edinburgh has always held a place close to my heart. Set up in 2012 as a joint partnership by folks who subsequently went on to found Small Bar/Left Handed Giant Brewery in Bristol as well as New Wave distribution, the bar was an important early proponent of the UK craft beer scene. A key feature was the small pilot kit at the back of the bar, which over the years has hosted various brewers who have gone on to make some exceedingly tasty beverages including Jonny Hamilton (ex-Beavertown, now Newbarns) and Robin Head-Fourman (ex-Burning Sky, now Beak Brewery) to name a couple.

Towards the end of 2020 our friend Andy took over the lease of the Hanging Bat and since then has been masterminding the running of the bar during these most challenging times. Most recently Andy has been single handedly running the bottle shop bike delivery around Edinburgh. When we started talking about getting together to make some beer, it was clear it would be a win-win for both of us and we reckoned we could make something extra tasty using some of the barrel aged beer on site (which incidentally I had brewed some years prior!) with the plan being to brew some fresh beer together to refill the barrel afterwards. 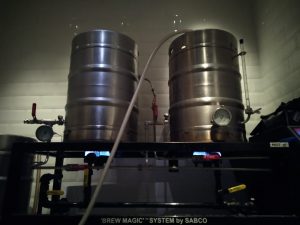 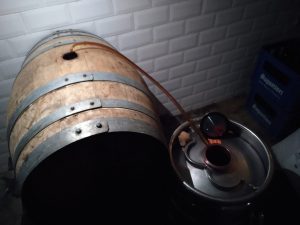 The beer is based on a traditional Flanders Red aged in a red wine demi barrique (112l half barrel). The contents of this barrel were perpetually blended over the last three years, which entailed the removal of around a quarter of the contents every 6 months, replacing it with fresh wort. This creates an exceptionally complex blended beer, as it is a mixture of three, two and one year old base beers. This blend was indeed tasting fantastic – rich and vinous with the signature sweet and sour Flanders character. The blend was split into two different batches for secondary fermentation.

Batch 1
We refermented and bottle conditioned with a small quantity of pressed sour cherry juice (total of 50g/l) in order to retain and emphasise the character of the base beer.

Batch 2
We decided to go heavy handed, refermenting with an obscene amount (400g/l+) of Scottish Tayberries, grown within 20 miles of the Holy Goat brewery in Dundee. Tayberries are a cross between blackberries and raspberries named after the River Tay which runs through Dundee. They taste exceptional and we’re very excited to see how this combines with the flavor of the base beer. 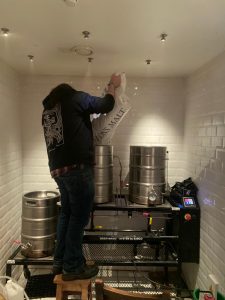 How to get it

These will be offered firstly to anyone who has purchased the Goatstarter/Beer Launch Pack by the release date. Only a small quantity is available through either us or the Hanging Bat so keep your eyes peeled. 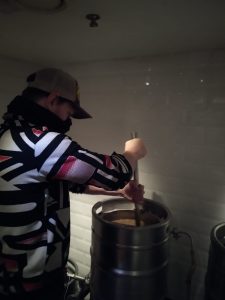