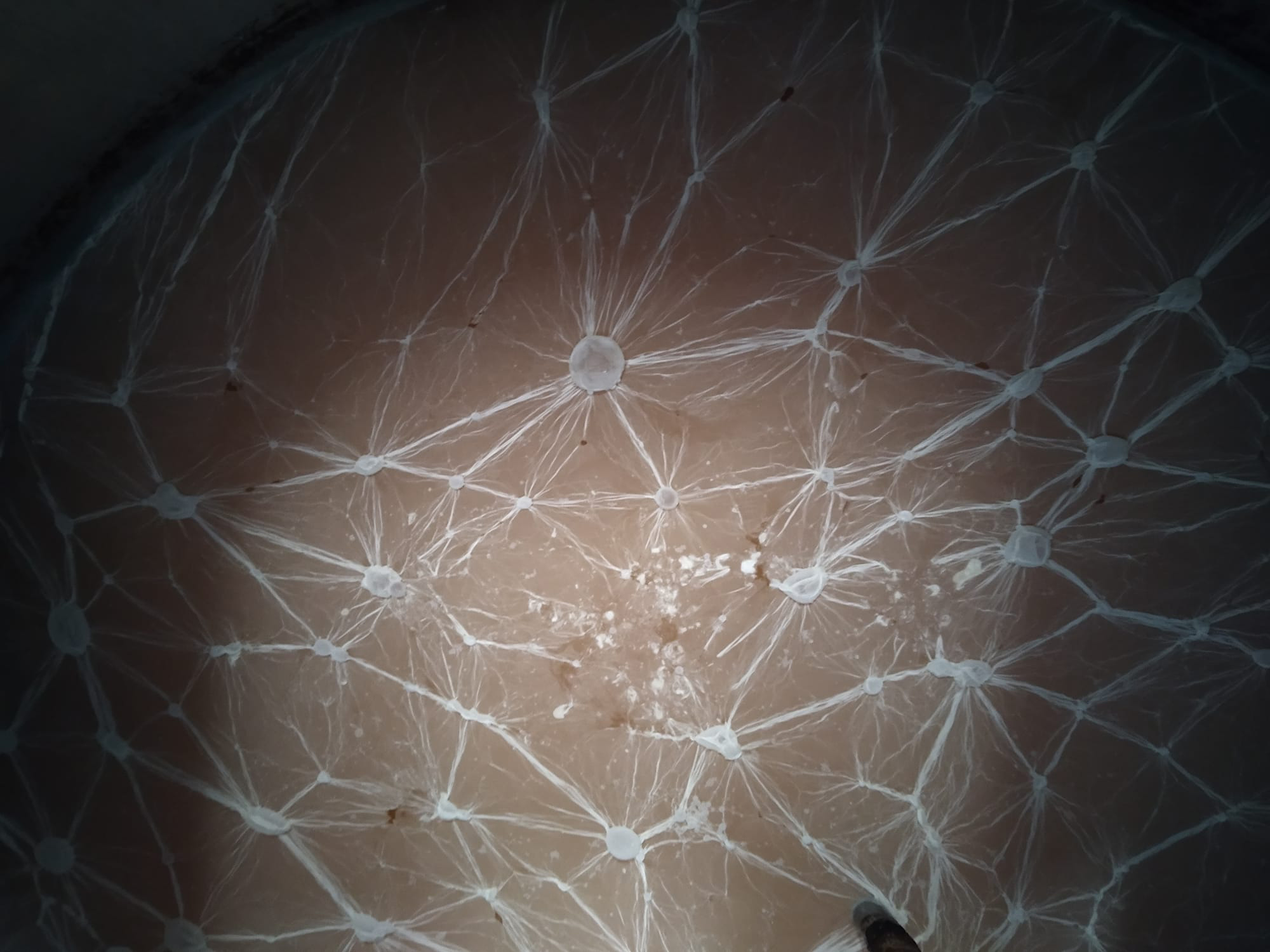 The following blog presents an addition to the bottle descriptions for the second batch of beers we produced and released in July 2021.

I remember my first time trying a Sicilian lemon at London Craft Beer festival, one of the guys from Square Roots Soda handed me one they had brought with. Scratch the surface and you get such an intense aroma like a regular lemon on steroids. I instantly knew I needed to get hold of these citrus fruits for beer.

Half the job is often finding a good supplier. After much hunting we got in touch with BioAgrumi Monasteri, based in the South East of Sicily. BioAgrumi is a family run citrus farm who produce organic fruit using sustainable cultivation practices.

When we received our first order from them it was a good day. The fruit smelled and tasted just as good as expected so we set to work straight away processing the fruit and getting them into the beer. In the end we used a mixture of 60% lemons, 30% oranges and 10% mandarins. The citrus fruit was zested using a microplane and a power drill, juiced and then pulped. This fresh zest, juice and pulp was added into a 3-month-old base beer fermented with our Goat Wizard culture of microbes for another month. During this period of maceration and refermentation it was interesting to see how the flavours developed and changed, as yeast interaction produced bio-transformation of the fruits flavour compounds. 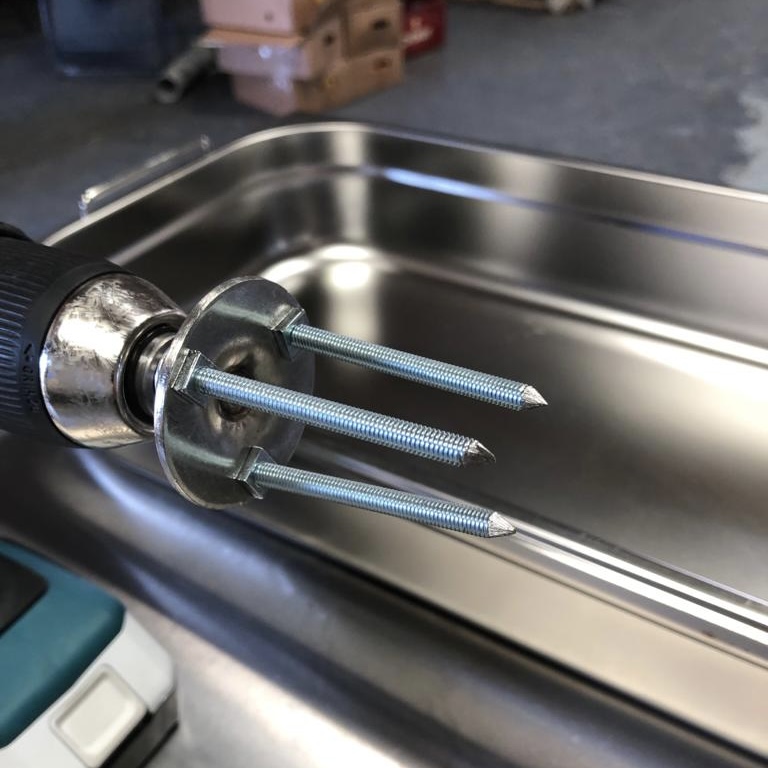 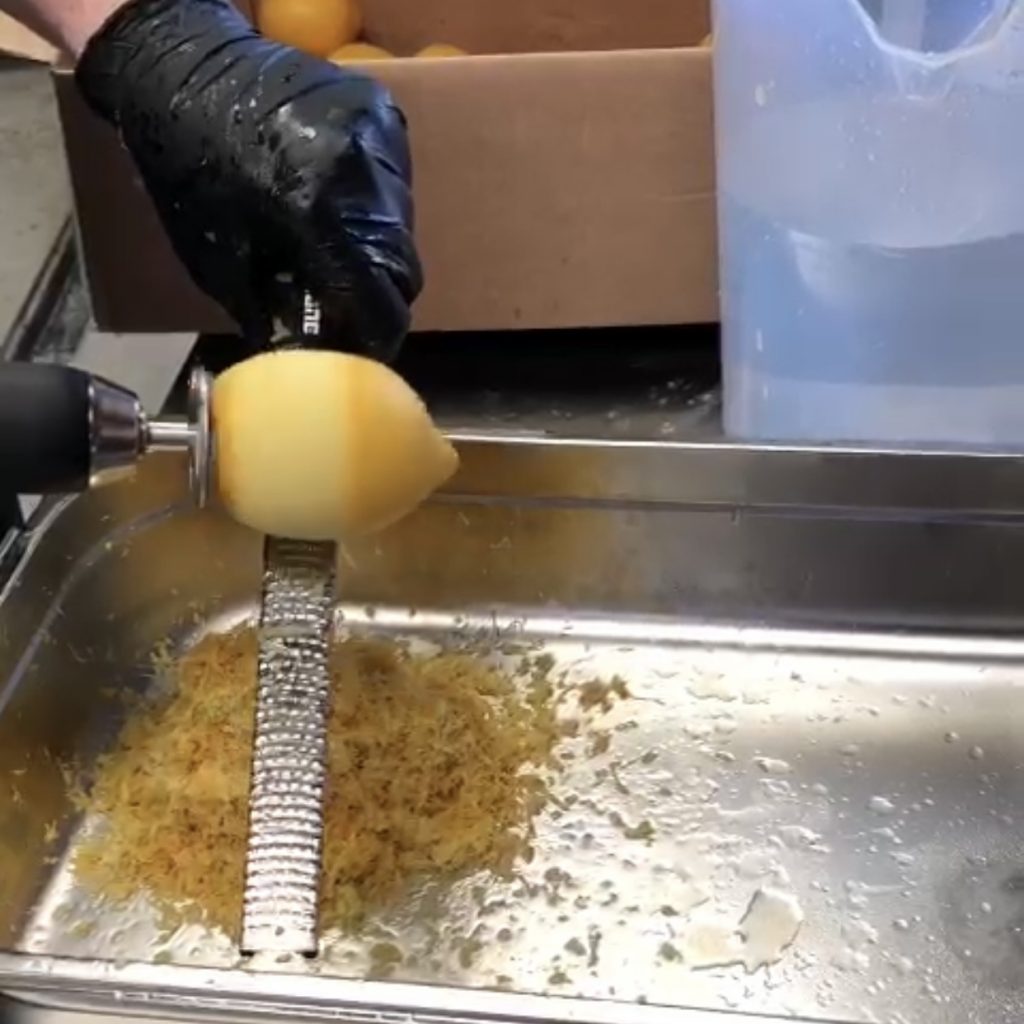 Holy Goat Brewing was started on a shoestring budget, and as such we have a mixture of different fermenters, which we’ve cobbled together from various places. This has left us with an odd mix of sizes, which fortuitously is actually quite useful for experimenting. For Honeybucket, we brewed one batch of wort and split it between two 400l fermenters. One of these fermenters was left closed with an airlock as is typical. The other was left open to the air for the entirety of its fermentation and maturation. The latter developed a thick pellicle, produced by microbes in our mixed culture, to protect the beer (their food source) from other microbes. A small test like this with very limited variables is always interesting, and we found subtle flavour differences between the two fermenters. Both batches, had lemony, funk and a touch of umami, with the open fermented batch being slightly more umami and a touch drier.

We ultimately decided to blend both fermenters back together to achieve a greater batch size, on top of 30kg of raw blossom honey, gathered from an apiary on the Falkland estate in Fife, by the Edinburgh Honey Co. The bees are placed in the middle of an apple orchard and get to munch on clover, apple, thistle, mint, rapeseed and other wild blossoms. The result is a beautiful rich honey. The base beer was refermented on this blossom honey until it had fully fermented out, adding some of those rich honey characteristics, and a slightly slicker mouthfeel.

Elderflower is one of our favourite foragables, and was just in bloom so we decided a quick overnight maceration, would add another layer to the beer, without overpowering the honey elements. 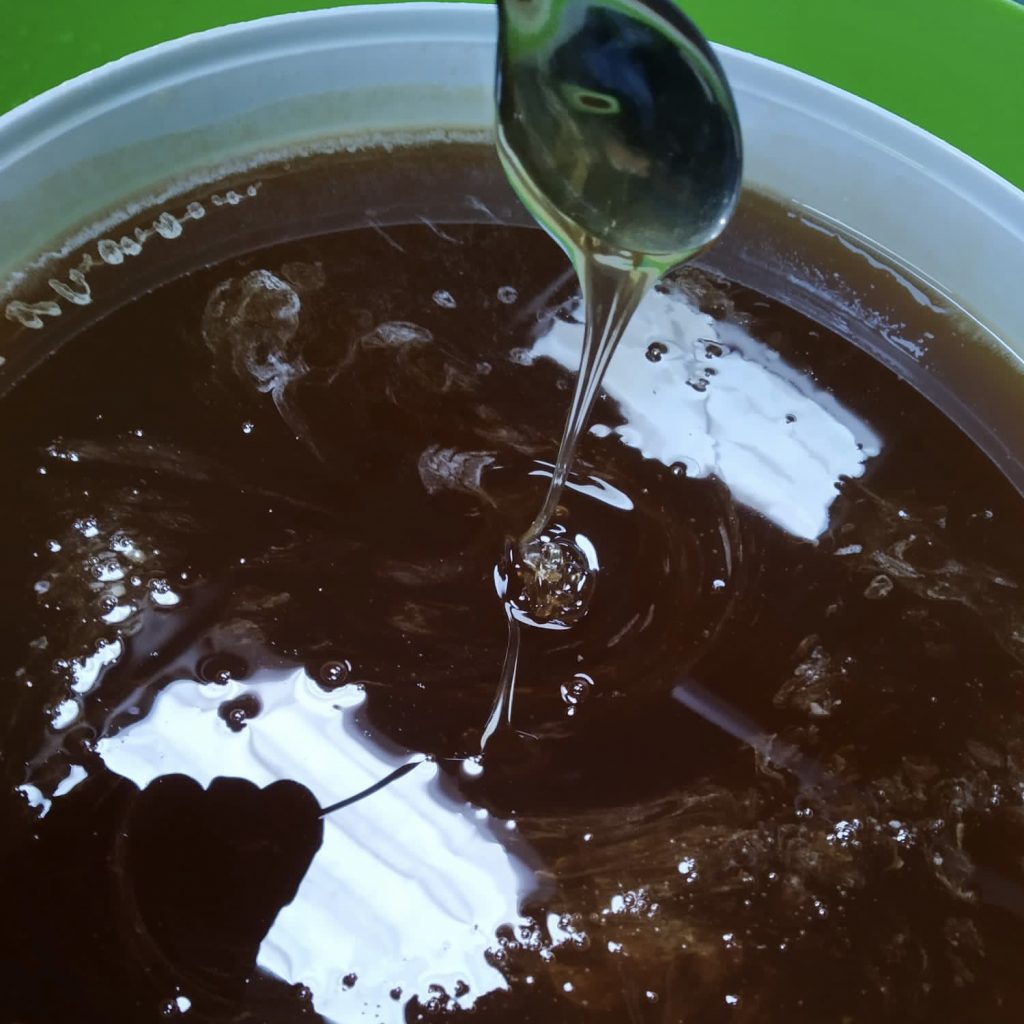 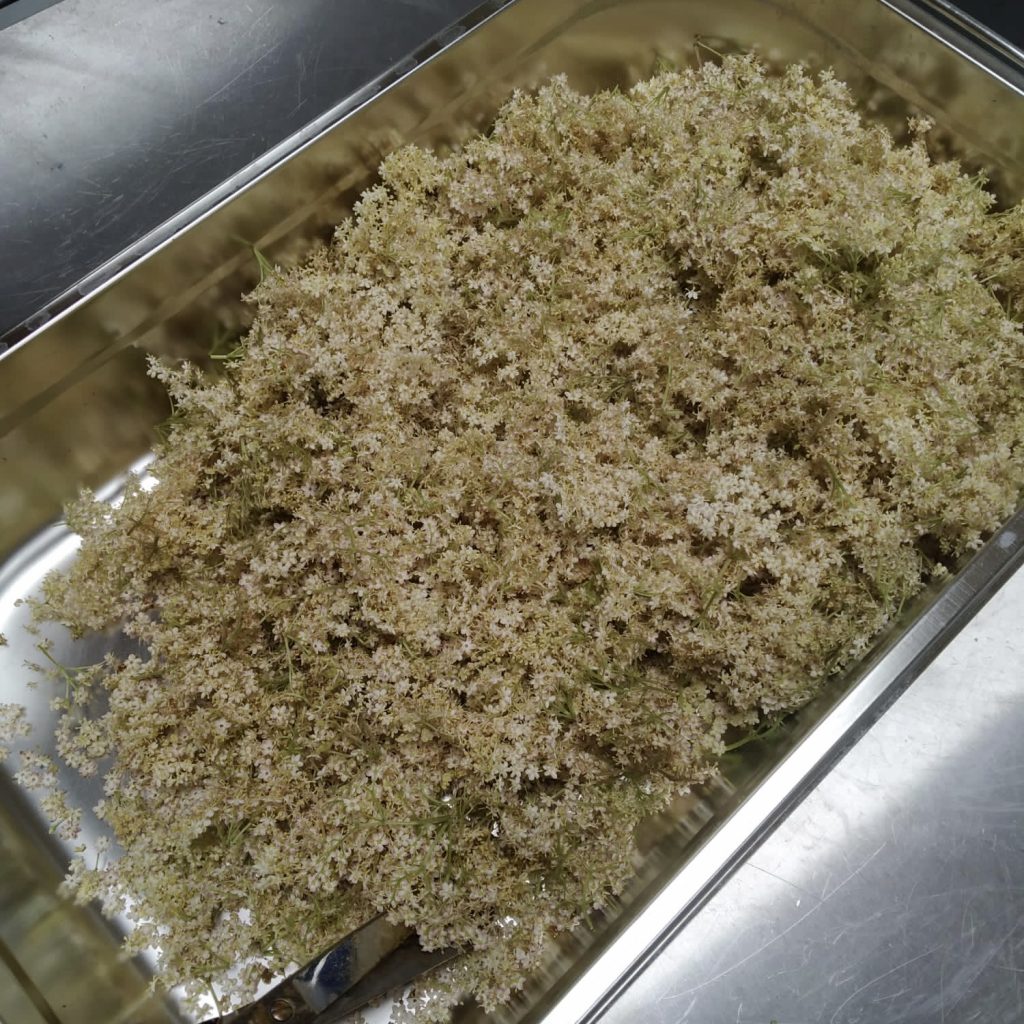