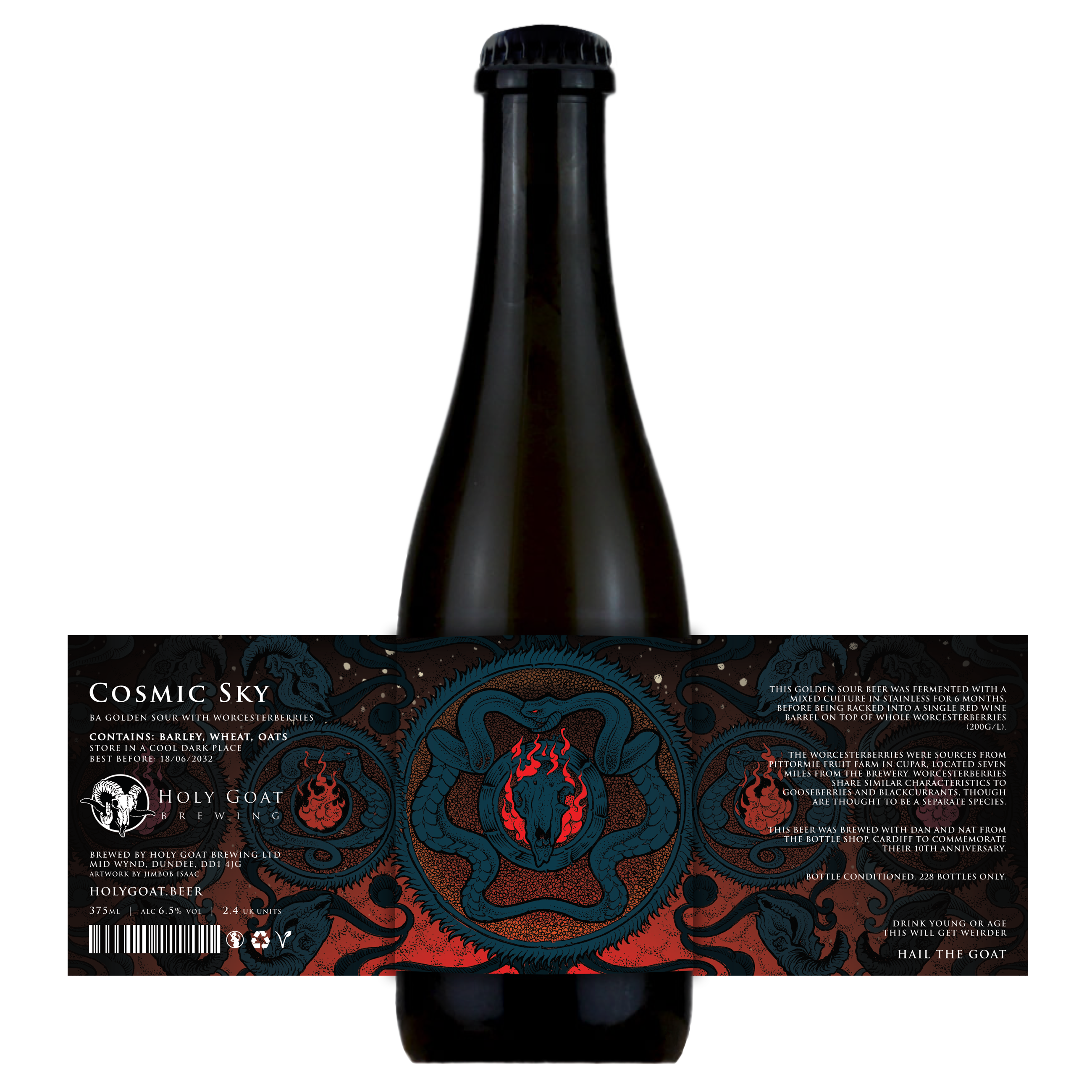 This golden sour beer was fermented with a mixed culture in stainless for 6 months, before being racked into a single red wine barrel on top of whole Worcesterberries (200g/l). The Worcesterberries were sources from Pittormie Fruit Farm in Cupar, located seven miles from the brewery. Worcesterberries share similar characteristics to gooseberries and blackcurrants, though are thought to be a separate species.

This beer was brewed with Dan and Nat from The Bottle Shop, Cardiff to commemorate their 10th anniversary.
Only 228 bottles and limited to 1 per person.

Drink now or age, this will develop over time.