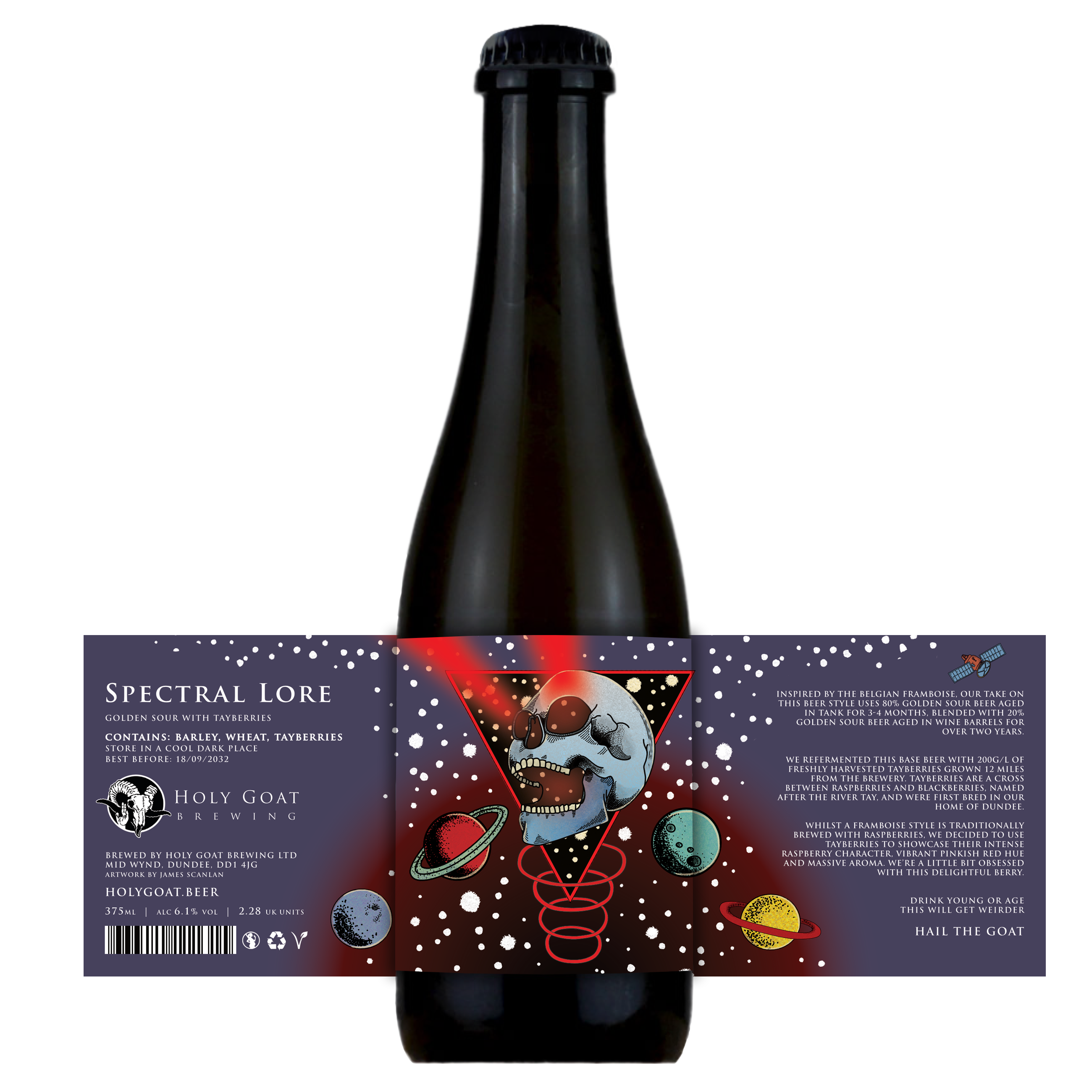 Inspired by the Belgian framboise, our take on this beer style uses 80% golden sour beer aged in tank for 3-4 months, blended with 20% golden sour beer aged in wine barrels for over two years. We refermented this base beer with 200g/l of freshly harvested Tayberries grown 12 miles from the brewery. Tayberries are a cross between raspberries and blackberries, named after the River Tay, and were first bred in our home of Dundee.

Whilst a framboise style is traditionally brewed with raspberries, we decided to use tayberries to showcase their intense raspberry character, vibrant pinkish red hue and massive aroma. We’re a little bit obsessed with this delightful berry.

Drink young, or age. This will get weirder.