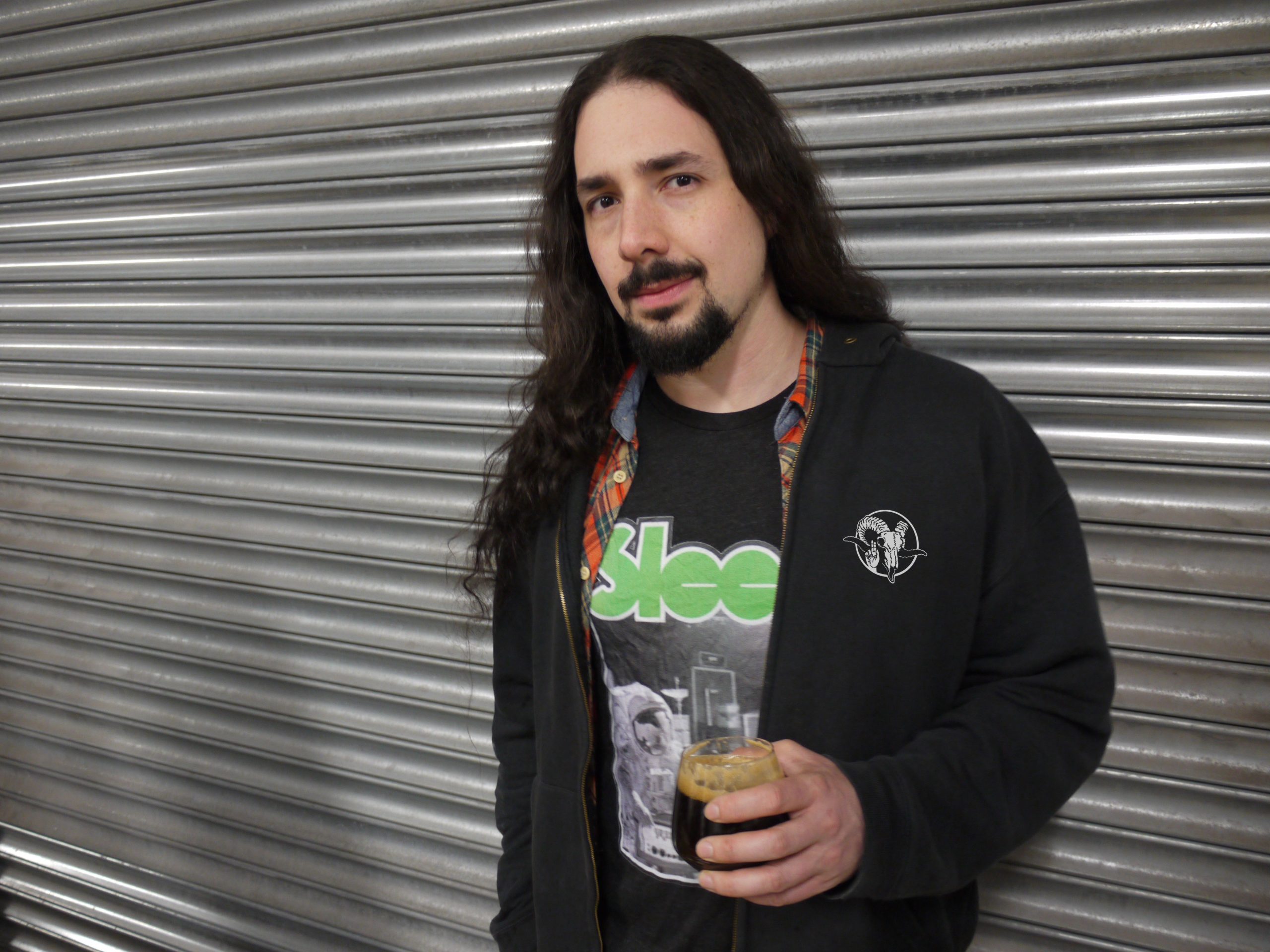 Hey there, It’s Johnny from Holy Goat Brewing! This post will give you a bit of background on the brewery, the how, the why, and a hint at what is to come!

My brewing story began at 15 years old when I tried fermenting shop bought apple juice with yeast that I picked up from a local bakery. Safe to say that batch went straight down the drain, but my interest in fermentation was sparked. My homebrewing experience continued through my university days with notable experiments which include making nettle beer foraged from the local overgrown graveyard in Cardiff, and numerous exploding bottles.

It wasn’t until moving up to Edinburgh that my hobby really turned into an obsession. I was studying for PhD in archaeology but ended up reading more brewing textbooks than those related to my field of study.

I ran the university beer and brewing society, worked at the Brewstore (Edinburgh’s premier homebrew shop) and got a job brewing part-time at The Hanging Bat. The Hanging Bat was a formative experience for me, allowing me to brew on a 50l brewery pilot kit with beers going straight on draught at the bar. This allowed me to go full nerd, experimenting with different mixed cultures, recipes and ingredients with every single brew. I dived head-first down the rabbit hole of weird saisons, fruit-bomb sours, imperial stouts and more, and I was loving it. As one might expect, this was detrimental to my studies and soon had me dying to start my own brewery. 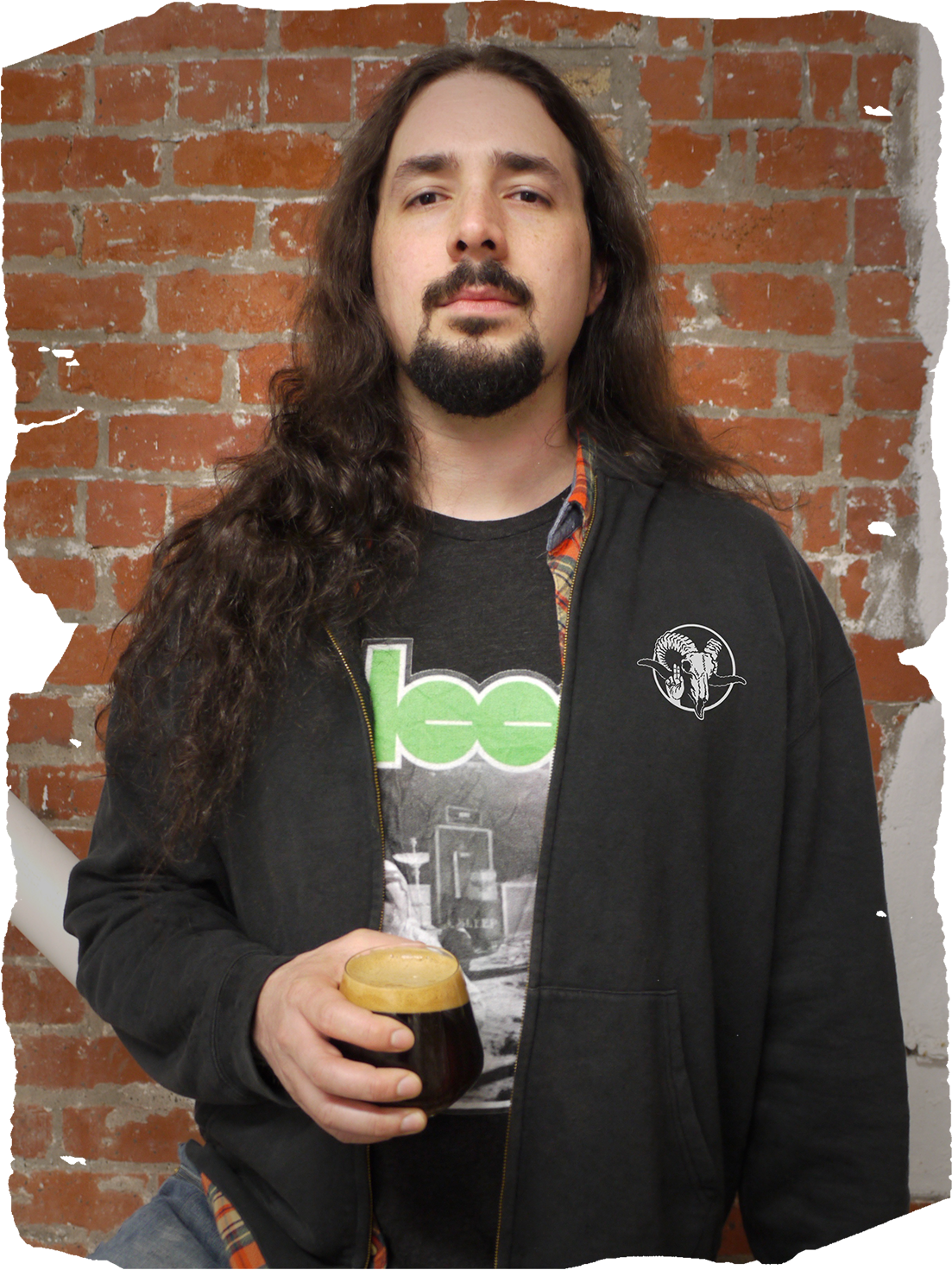 Knowing my ambition to start up my own brewery the assistant manager at The Hanging Bat at the time introduced me to one of his mates who was keen to do the same. Thus, Vault City Brewing was born.

Steve and I initially based the brewery out of his kitchen using the biggest brewkit we could fit into the space. We decided on a style of quick-turnaround mixed fermentation I had developed at The Hanging Bat, refermenting the base beer on a boatload of fruit. These heavily fruited sour beers were already crowd pleasers at the Hanging Bat and proved extremely popular for Vault City. Demand almost instantly overtook what we were able to produce and attending the Beavertown Extravaganza 2018 meant that our beers received a UK wide spotlight early on.

Within the first year of starting, we were looking to move out of the kitchen to keep up with demand. The opportunity to take up warehouse space at 71 Brewing in Dundee was a perfect next move, allowing us to move into a larger space and draw on the experience and expertise of a successful commercial brewery. 71 Brewing was also the place where I began working as a commercial brewer, picking up on the missing pieces that you can’t get from homebrewing/brewing in a kitchen/pilot kit. I’ll always be grateful for this opportunity, given the growth it allowed for me personally and for Vault City.

The Vault City brewing model was almost too good to be true, comprising a quick turnaround deliciously quaffable sour base beer which could be aged on almost endless combination of fruit and hops. However, looking back I also found myself slowly losing my passion for experimentation, as the single Vault City base beer became too profitable to stray from. The thought of brewing a complex aged saison that would require 3+ months in tank, rather than 3 weeks was not something that would be possible given the business model. The batch sizes also became large enough that they became a limiting factor on what could be achieved. Risk in production became more costly, and foraged ingredients were out of the question.

The COVID-19 pandemic has been a time of reflection for me (as I’m sure it has for many others), and in understanding what makes me tick, it became a catalyst for pursuing a different path, leaving Vault City to start a new project.

Once it became clear I was leaving Vault City, I immediately started working on the new brewery. Taking on board all the lessons I had learned from my experiences in the beer industry to this date has enabled me to envision a business model and brand that allows for maximum creative freedom whilst maintaining profitability.

I am joined from the outset by some super talented individuals who will be introduced shortly. Drawing on the knowledge and skills from myself and these individuals we will endeavour to create the dream brewery.

I hope you join us on this journey. Hail the Goat!